Who doesn’t know the character of Hanna in the popular film “200 pounds of beauty”, a fat girl who undergoes plastic surgery and makes a great hit as a pop singer. The character of after plastic surgery ” Jenny” was successful in gaining popularity in that fiction film. In reality, the actress who plays Hanna role was also successful in attracting viewers’ attention. And even the actress was awarded by some prestigious recognition, like Grand Bell Award and Rising Star Awards. She is Kim ah Joong who becomes more popular after portraying Hanna/ Jenny. Kim Ah Joong was born at Seoul, South Korean on October 16, 1982. She is a South Korean actress and singer. She has starred some popular movies and drama against some shining actor. Her next successful movie was P.S partner who also featured great actor,  Ji Sung as the co-star. Ah, Joong is not only gifted great acting skill, but her voice can add her charms. The hit song “Maria” in 200 pounds of beauty was originally sung by her. Her beautiful and sexy look makes her as one of the most famous models in Korea. Her natural look also often appears in some TV commercials. But had you ever think that her natural look is not naturally gifted? Many rumors circulated states that Kim Ah Joong has done Plastic Surgery.

Becoming superstar after a film about plastic surgery leads people to find whether Kim Ah Joong did plastic surgery or not because Ah Joong seems to have several enhancements on her face throughout her career. She is like a different woman if we compare to her figure in her first appearance on TV. Recently, public discover a rumor that Kim ah Joong has undergone plastic surgery. The rumor is supported by some changes on her look. Like almost all Korean actress, the different parts go on jawline, eyelids, and nose. A nose job might be the first surgery she has. Ah, Joong who used to appear in wider nose has reshaped her nose into the slimmer and more pointed one. It also shows the reduction of the tip, so it looks very nice on her great facial shape. By looking at Ah Joong before and after surgery pictures, we will see those obvious differences. We even find other enhancements if we observe the photos deeply. Her eyelids look a bit changes but it bring big effect to her beauty. Korean’s believe that people will be more beautiful if they have bigger eyes. And it works for Ah Joong as well. With slimmer nose and bigger eyes, Ah Joong after plastic surgery totally left her old looks to transform into the perfect figure. 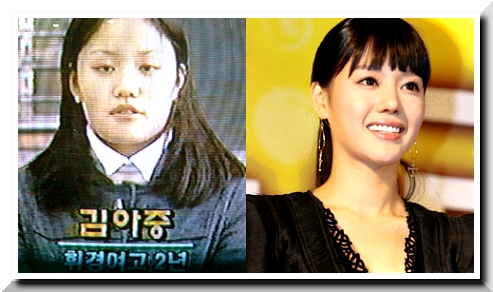 She is as Beautiful as a Doll

In Korea, being beautiful it is not how to look nice as the way we are, but how to have perfect parts and match them together. After the nose and eyes, by Korean’s point of view, Ah Joong’s past jaw need a correction to create a perfect facial shape like what she has now.  It seems that Kim Ah Joong has reshaped her jaw as the doctor’s suggestion. Kim Ah Joong before surgery photos showed that the actress had bigger jaw, while in her new appearance Kim ah Joong can show sharper jawline and it even appears like V-line. In her newest appearance, Ah Joong has transformed into doll beauty. She has what is called beauty by Korean women. In her recent film, she called her beauty as like a doll in a short conversation, and it is really true. She has perfect nose, eyes, jawline and very smooth skin that seem too perfect for a common woman. Publics consider her transformation is closely related to the Korean beauty belief and more influenced by her hit film 200 Pounds of Beauty.

Katrina Kaif Accused of having some Plastic Surgery Done 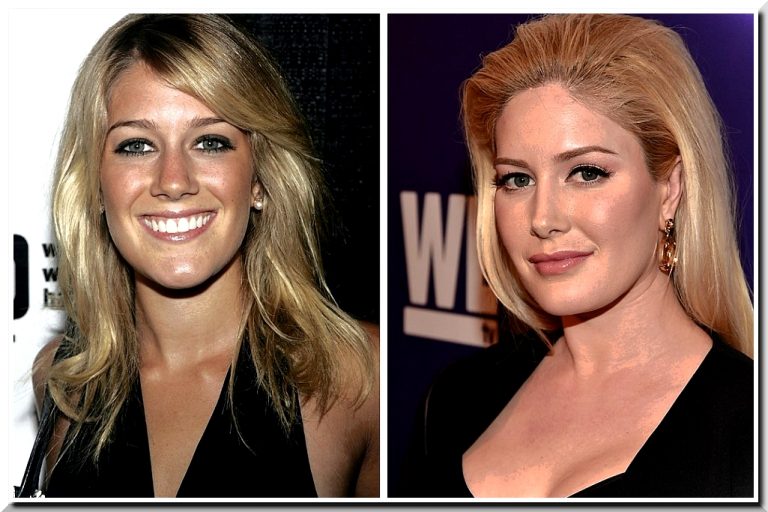